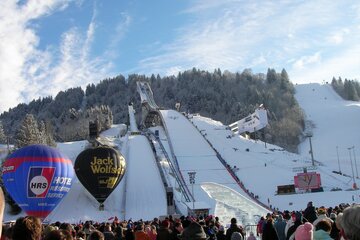 The highlight of the ski jumping season

New Year ski jumping is a tradition here! Within the context of the Four Hills Tournament, on 1 January every year, Olympic Skistadion hosts a true ski jumping spectacular. Around 30,000 spectators watch their favourite ski jumpers heart-in-mouth as a total of 50 participants from all over the world hurl down the steep slope of the jump, achieving distances of up to 138 metres.

As in the summer of 1949, when ski jump enthusiasts from Innsbruck and Partenkirchen met at the "Maier" house in Partenkirchen for the first time to discuss the idea of a ski jump tournament, they certainly could not have known how what an important competition the ski jumping circus would become. On 1 January 1953, this idea became a reality and the New Year Ski Jump took place for the first time in Garmisch-Partenkirchen.

Be there, at the most exciting, top class competition in ski jumping, which will be held for the 65th time in 2017. The jump in Garmisch-Partenkirchen is almost regarded as a cult along the four tournament stops. Further jumps are to be found in Oberstdorf, Innsbruck and Bischofshofen.

Did you know? The German athlete Sven Hannawald is the first and only tournament winner to date to have won on all four tournament jumps at the 50th tournament wearing number 50!

More information can be found here. 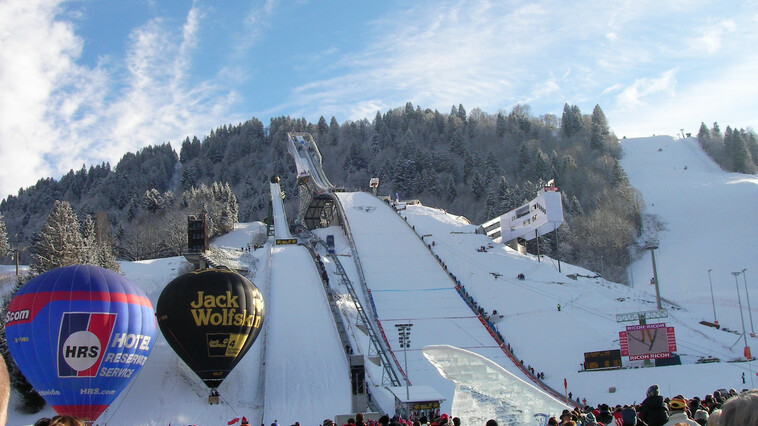 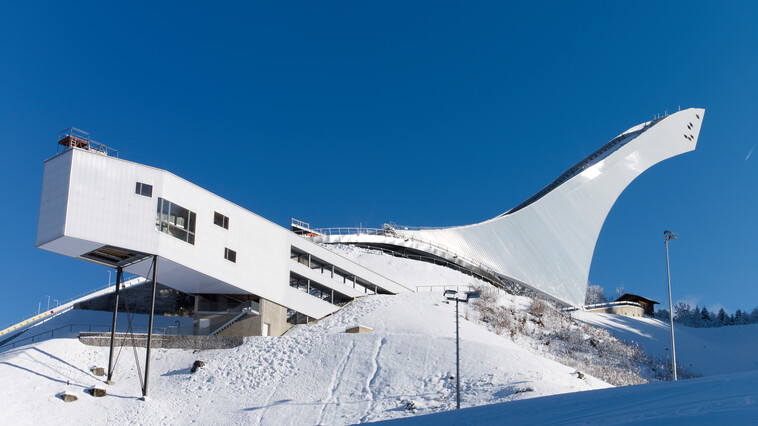