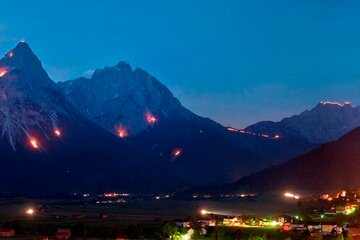 The traditional mountain fires at summer solstice are the highlight of each year in the Tiroler Zugspitz Arena. On about the third Saturday in June (weather dependent), the Ehrwald-Lermoos-Biberwier valley basin shines in fiery splendour. With spectacular fire motives, the longest day and the shortest night are celebrated.

Approximately 20 mountain fire groups from the region set around 10,000 fires sites on the cliffs of the Zugspitze, Grubigstein, Sonnenspitze and on Marienberg. As soon as twilight falls on 29 June, fire motifs of up to 200 metres are lit. Fascinating symbols, such as images of Jesus, crosses or stags with huge antlers light up the Tyrolean mountain world. The valley basin around Ehrwald, Lermoos and Biberwier is the perfect setting: Guests have a 360-degree panoramic view of the spectacle of flames. The mountain fires originated in the Middle Ages: Since the 14th century, fires have been lit on the mountains on Johanninacht (midsummer night) to drive out demons and evil spirits.

Since 2010, the mountain fire of the Tiroler Zugspitz Arena has been an immaterial UNESCO World Cultural Heritage Site

Further information, information on the history, as well as images and video posts can be found found here.

TIP: learn more about the fire sites and the planning of the motifs. Get find real insider knowledge from the the Lermooser Feurer organisation and the Bergfeurer Ehrwald  association. 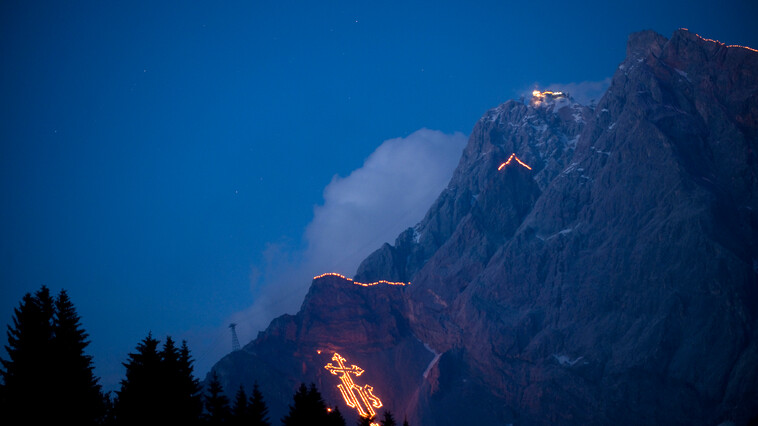 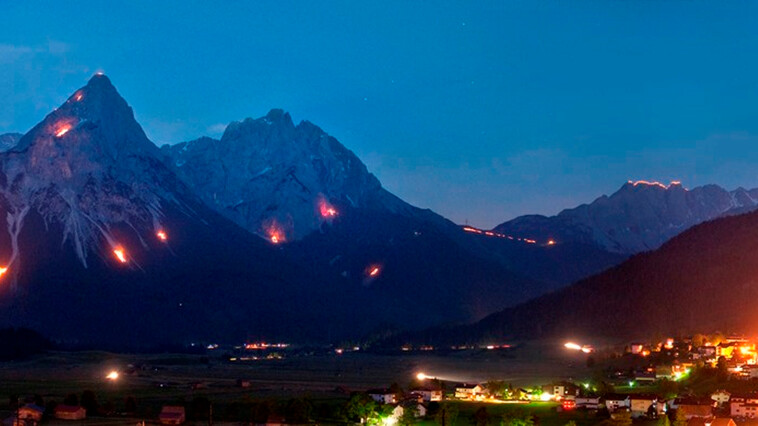